Skip to content
I don’t know about you, but it has been raining ALL month long here.
However we still have tons of fun when we are stuck indoors thanks to our preschool curriculum: Mother Goose Time.  We’ve looked at all the parts of a tree including the trunk, roots, and branches, but on this particular day, we studied LEAVES.
Our day began with the story of the Very Hungry Caterpillar by Eric Carle.
In the book, the caterpillar feels much better after eating a nice green leaf.  MGT sent us giant green leaves with holes punched out, beads, and yarn to create a Make and Play caterpillar.
After creating a rainbow caterpillar (because my girl is into rainbow everything… see her Rainbow Dinosaur Party), I asked her to create a caterpillar using our monthly pattern: ABB.
She created the one below. 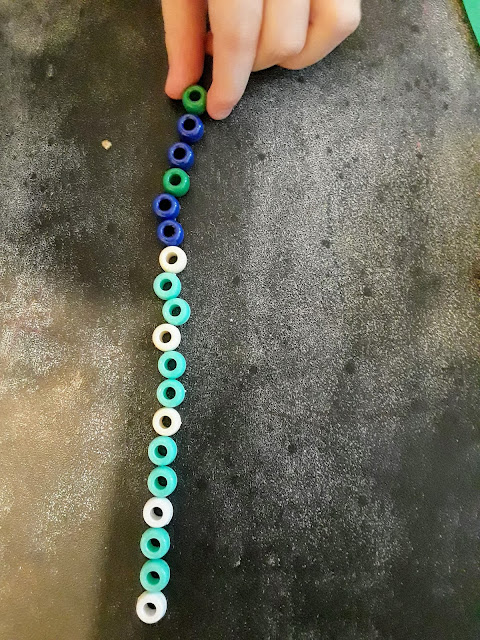 White, blue, blue. After much repetition, she decided on her own to change it up to dark blue, dark blue, green.  She really has been understanding pattern so much more deeply lately. 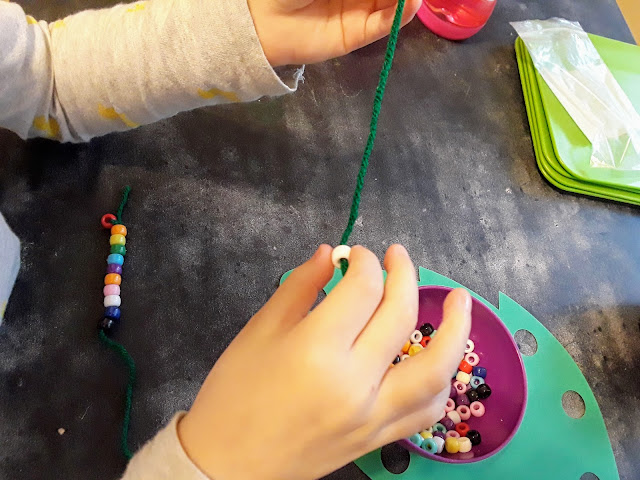 Although she did a beautiful job lacing and creating 2 different caterpillars, she chose to use the remnant yarn (that she referred to as “snake”) to go through the holes in the giant leaf. 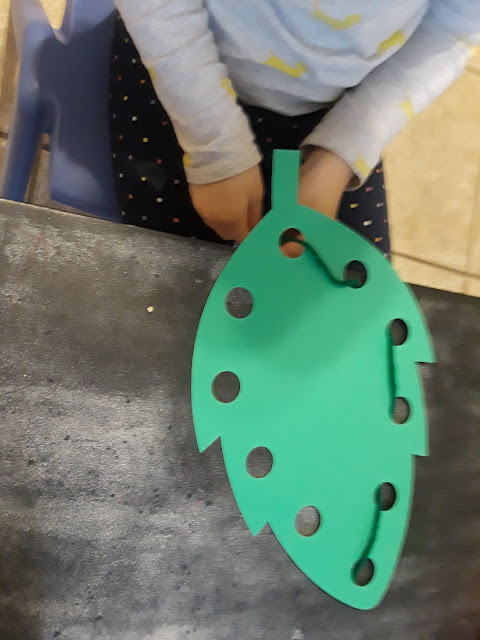 Besides the ABB pattern, my daughter really surprised me when we worked in her My Little Journal.  Since we were learning about leaves, I told her to go to the “L” page.
MGT suggested we draw a capital L in brown (like a branch) and then draw leaves on the letter L.
She drew on one side, and I did the other.  She knew exactly how to draw the letter L, but not sure about the leaves.  I demonstrated how to draw leaves and then told her to draw 5 on her letter L branch. 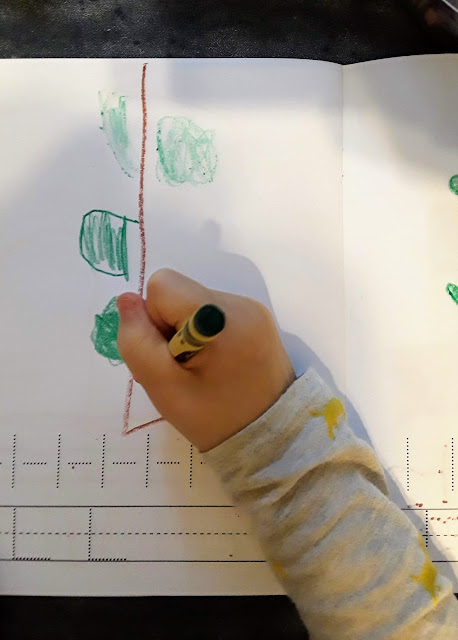 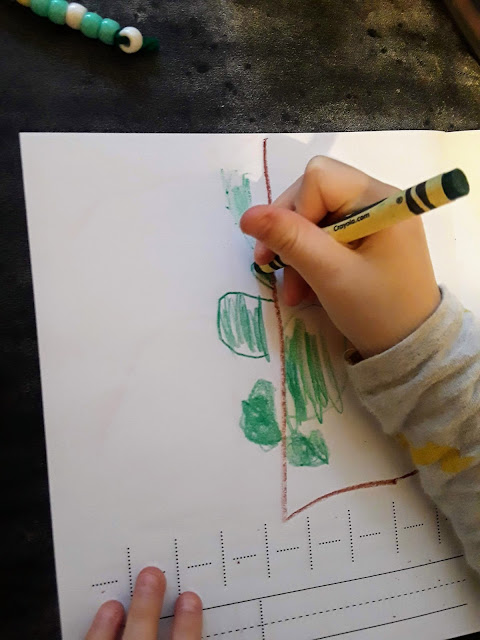 The most impressive part though was when we were done.  She labeled her side with her name and then labeled my side without asking how to spell “Momma!” I took the picture below while she was still writing the letter A in Momma.  I definitely did not want to forget this moment. 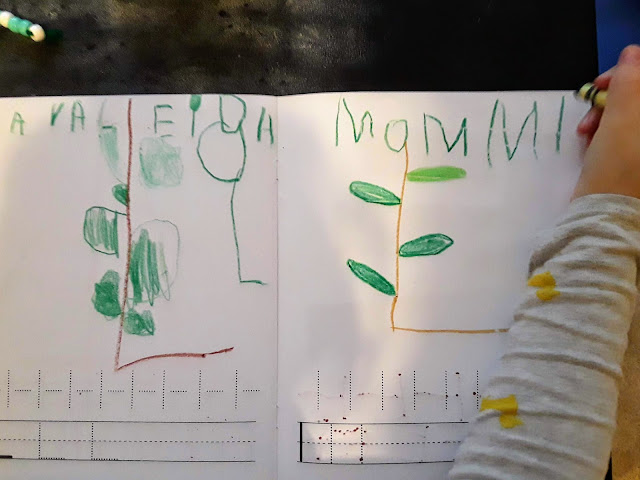 In other news, Everett has learned to wave. He will be 11 months on November 1st.
He  also started crawling this month… and pulling up on all the things… and walking around them.
Where are my running shoes?  I think I am going to need them with him for sure! 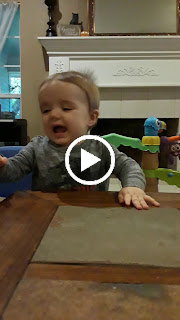